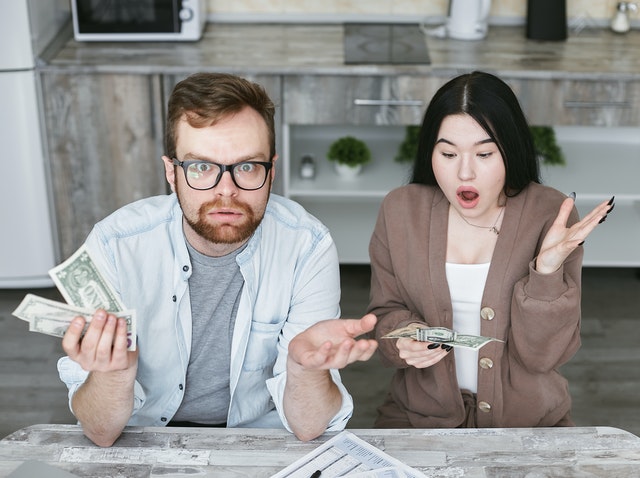 I’ve decided to let the world know that I think scripted.com is set up in a way that makes it easy for people to scam writers.

I actually was paid by two clients on this website. But a different client ran some kind of a scam on me and I’m not sure what the purpose was.

This is what happened.

The client signed on as a new user of scripted.com. The client did not have a profile picture associated with his user account. The client advertised the need for a writer to handle two jobs for them. This came up as a request in my active profile, and I responded.

For one job, this client claimed to want a rewrite of some web copy for a real estate home inspector service.

However, everything about the communication was very confusing. When I suggested that they use keywords and a location they claimed not to need this.

I wasn’t sure if they literally did not understand keywords or just had some other plan for the content I was asked to create.

If I had to describe them I would say they were vague. Extremely vague. No substance at all to anything they wrote or asked of me. They basically wrote me a bunch of gibberish.

I asked them and the messages area to clarify on these matters but they did not. Instead they just kept on sending me links to side documents that contained more jumbles of information which didn’t seem to make sense.

For a separate job, the same client also claimed to need copy for some sort of Real Estate Challenge coaching app.

I’m not sure but it’s possible this even poses a security threat. I’d have to find out more.

In one round the same sketchy real estate client told me that their friend had come up with some copy and then they proceeded to send a link to a file with some very persuasive fluff that contained no actual information about the program they claimed to be launching or the app that they would be supplying to their coaching clients.

In another round did they just randomly changed the number of days that they were planning on offering for their so-called real estate coaching free trial.

Each time I would try to write a new draft of the copy based on the piecemeal information they were sending, they would come back and tell me that I was misunderstanding what their program was about and then they would label certain areas as being very important to clarify but then they wouldn’t give me any information in order to clarify it.

The whole thing was so bizarre that I feel it was nothing but a scam of some sort.

So I proceeded to remove my personal information from the writer profile on thi scripted website, wondering if the owners of the site were behind this bizarre attempt to have me write copy for no or low pay.

I submitted exact details of how the job proceeded so that whomever manages these projects behind the scenes at scripted would have some evidence as to what went on.

Then scripted gave me a fun little limbo status on these jobs saying maybe the client would pay half of the agreed upon total for the work that I did.

I definitely spent at least two days working on this. The client came back and decided not to pay at all.

I’m not quite sure what the goal of this was.

Was it to get a writer to supply content?

Was it to somehow set up masses of email spam using a hidden script? (Scripted.com)

Today I received what appeared to be a bogus request for a Scripted writing job, from a person who once again signed up as a new customer the same day and wrote some kind of a gibberish job request.

This must have something to do with email and trying to scam people’s email addresses.

Unfortunately I am not a computer programmer, so I can’t really speculate much more on this.

But I will say that I recommend not joining up as a writer.

Conclusion, there may be a better place than Scripted.com for you to find low paying writing jobs on the internet.